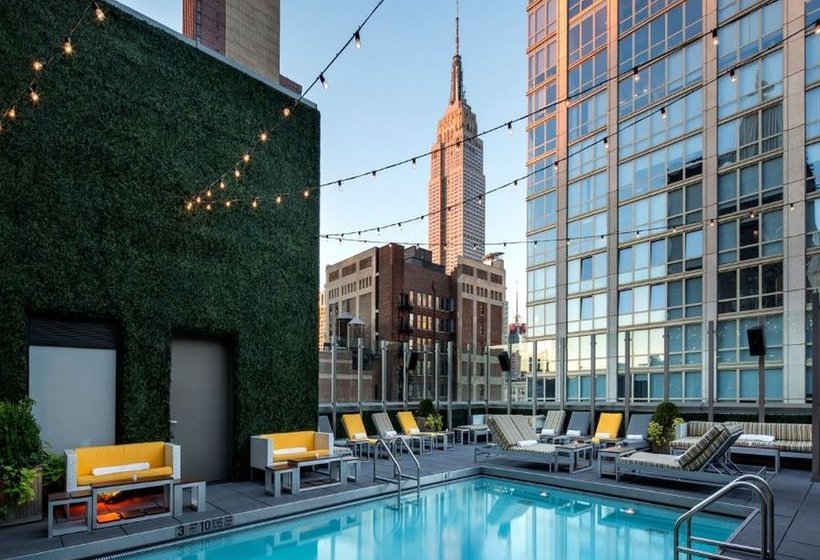 With a stay at Royalton Park Avenue in New York (Midtown East - Grand Central), you'll be minutes from Madison Square Park and close to Empire State Building. This 4. 5-star hotel is close to Macy's and Grand Central Terminal. If you're looking for recreational opportunities, you'll find an outdoor pool, and a spa tub. This hotel also features complimentary wireless Internet access, concierge services, and babysitting/childcare (surcharge). Featured amenities include a express check-in, and express check-out. Make yourself at home in one of the 249 air-conditioned rooms featuring iPod docking stations and LCD televisions. Complimentary wireless Internet access is available to keep you connected. Private bathrooms have complimentary toiletries and bathrobes. Conveniences include safes and desks, as well as phones with free local calls.

Nearby points of interest

By using our own and third-party cookies, we are able to offer you the browsing experience you want, improve our service and provide you with the advertisements that best suit your preferences. If you agree, continue browsing. More information